The day Hilary feared finally came. She stood at the blackboard, diagramming a sentence, when a child’s watch stopped.

Her chalk squelched and the near ubiquitous background noise of whispers, paper shuffling, and chair squeaking that served as the beat of the classroom evaporated. The only sound that filled the vacuum was the ticking of the twenty-seven watches.

She turned from the board and saw every child staring at Jimmy Hatton. The boy squirmed in his seat, his grin showed off the gap in his teeth from where a baby tooth dropped just over the weekend. Now when a spoke a whistle punctuated the end of his sentences.

The children moved as one, crowding around Jimmy, slapping him on the back, shaking his hand, telling him how lucky he was.

Hilary’s throat closed, and she couldn’t breathe. The coffee she had right before class turned to acid in her belly and she tasted something dark and burnt in the back of her mouth.

“J—” she coughed, the word stuck in her throat. “Jimmy, come up here, please.”

Jimmy blushed right up to his Dumbo-like ears. He always did that when she called on him.

The children spread to let him get up and pass. A few lingered, some still congratulated him, and others looked at their watches, perhaps willing them to stop, too.

Jimmy stood before her desk, looking down at his shoes, his face red.

He looked up at that, his eyes wide. He glanced at the watch then her then back again.

Hilary smiled. “It’s okay. I just have to make sure it’s the real thing.”

His brows knit, and his lips drew into a pout at hearing that, but he removed the watch anyway. “Yes, Ms. Hale.”

A white outline showed on his arm from there the watch sat—almost like a welt. The band and watch felt warm and slightly damp and Hilary turned it over in her hand. The front face was gold with numerals and watch hands crafted from coal from the town’s mine. On the back the inscription read “With deepest thanks—The Bitter Creek Coal Co.” Hilary placed the watch to her ear. It felt even hotter. There was no ticking, but for a moment she thought she heard the whisper of a sound, almost like a hum.

Jimmy shifted on his feet, his face naked worry in the way only a nine-year-old boy could manage. “Is it broken?”

Jimmy’s face lit and he nearly snatched the watch from her hand when she offered it back. He strapped it back on and rubbed his wrist.

“All right, children, I have to take Jimmy to see Mr. Edmunds. Sarah, you’re in charge while I’m gone. Everyone read chapter six in your Social Studies book and be ready, I may quiz you when I get back.”

The children groaned except for Sarah, who sat a little taller.

“Shall we?” Hilary held out her hand. Jimmy’s hand shook as he took it.

She stopped halfway to the principal’s office. “Oh, I nearly forgot, I bought you a present for your birthday. Shall we go get it before I deliver you to Mr. Edmunds? I doubt I’ll get the time once everyone finds out your watch has stopped.”

“You’re welcome, sweetheart.” The boy looked down and rubbed the back of his head.

Hilary led him to her car and opened the trunk. “Oh, no,” she said.

“I completely forgot your present. I’m so sorry, Jimmy.”

“Oh, well, that’s okay,” he said, but looked down, disappointed.

Hilary placed a finger under his chin and tilted his head up. “What do you say we go get it?”

“Well…” Jimmy glanced at his watch then the school.

“I promise it will be just a quick hop, skip, and a jump. We’ll be back before anyone knows we’re gone. I just”—she paused—“I just picked it out special for you and wanted you to have it on your birthday.”

Jimmy stood taller, rolled his shoulders back and stuck out his chest. “Okay, Ms. Hale.”

Jimmy climbed into the passenger seat and fastened his belt. Hilary looked around and saw Ken Heller, who taught sixth grade, watching her from his class window.

He smiled. “It’s okay. I just never heard a teacher swear is all. It’s funny.”

“I guess it’s easy to forget teachers are people, too, huh?” She didn’t look at Jimmy. Her attention stayed fixed on making sure no one was following.

She turned down Main Street, keeping the needle right at twenty-five. It wouldn’t do to get caught speeding.

Jimmy hummed to himself and played with his watch. They reached the end of Main and turned onto Pratt, which led to the highway.

“How do you know where I live?”

“I came by last Halloween, remember?”

“Of course,” Hilary mumbled, paying more attention to the road than the boy.

“It’s okay, we can swing around up here.” He pointed to Clover Street. “Or not,” he said when she passed it. He frowned. “Ms. Hale is everything okay?”

“Of course,” Hilary said. “I’m just bad with directions.” Sweat ran down her back, tickling.

“Can we go back? I don’t want to miss the ceremony.”

Red and blue lights flashed in her rearview mirror.

Something flashed to her left, a blur of motion, and she looked over just as the pickup slammed into her.

Her words slurred. Her head throbbed. Her jaw ached, and her teeth rocked in her gums when she probed them with her tongue.

She tried to touch her head, but found her arms bound behind her. She took stock of her surroundings. She was tied to a wooden chair in what looked to be a trailer converted into an office. Light spilled from a desk lamp beside her, but the rest of the office was shrouded in darkness.

People talked and cheered outside, and a marching band began a set.

“Jimmy,” she whispered and craned her neck, but didn’t see the boy anywhere.

She shook her head. The office spun and her stomach heaved. “No,” she said. “Tried to save him. His watch stopped.”

“Then help me.” Her words came out more clearly. Her head still throbbed, but the fog began dissipating. “They’ll take him to the mountain.”

“And you were going to ruin his day.”

A chill ran through her. “I know you,” she whispered.

“Of course, you do. Everyone does in this town.”

The wheels of an office chair squeaked behind her and a tall, thin man with silver hair rolled the chair in front of her. He sat down with a grunt then leaned forward with his elbows resting on his knees. “Hello, Ms. Hale.”

“Hello, Mr. Smiley,” she whispered. Her pulse pounded in her ears and her stomach flip-flopped.

“Do you know where we are?”

He smiled, almost self-deprecating. “Oh, well, my office is a little nicer than this one. This is the foreman’s trailer outside the mine.”

“You mean your mine.”

She licked her lips. Her tongue sat bloated and stupid in her mouth. “Where’s Jimmy?”

Mr. Smiley motioned towards the window. “Out there, having his day.”

Instead of answering, he asked, “Are you thirsty?”

She wanted to say, “I don’t want your damn water” but instead whispered “Yes.”

Mr. Smiley got up and walked to a mini fridge. “You’re from here originally, aren’t you?”

“But your parents left when you were young?”

“Yes.” Her voice trailed off to a wheeze.

Mr. Smiley squatted in front of her, holding the water bottle to her lips. “Drink slowly. I’m sorry if it’s too cold.” She sipped. “So, you never got a watch? You don’t have to speak, just nod or shake your head.”

She shook her head. The water made her teeth ache.

“And are your parents still alive?”

“Ah, that explains a few things.” He tilted the bottle forward, offering more, but she shook her head.

“One of the reasons why we hired you was because you were a local girl. We thought you understood how things work in this town.” He sat back down. “So, tell me, why didn’t you leave when you found out about the watches?”

He raised an eyebrow.

“All right,” she said, looking away. “I needed the job. I was tired of subbing and eating Ramen every night. I thought if it didn’t happen to one of my kids, I could—” she trailed off.

“Could look the other way?”

She shrugged as best she could.

He sighed. “It doesn’t work that way. You’re part of a community now and that means you take part in the good and—” This time he trailed off and glanced out the window. Fireworks danced in the sky and the band played “For He’s a Jolly Good Fellow.”

“We were like that for many years. This town was dead but too stupid or stubborn to know it. The mine was all but dry and regulations made it nearly impossible to get at what was left. We. Were. Desperate.

“You took your chance when we offered you a job. You were desperate. I doubt you really wanted to come back to the backhills, where there isn’t much to do.”

“So, imagine how we felt when we found it under there.” He jerked his head towards the mine’s entrance. “We were offered salvation and we took it.”

“Nothing comes without a price. We do what we have to survive.”

“Then why did you stay?” he said. “Here.” He slid her chair over to the window. Someone had erected a bandstand near the mine entrance. The high school marching band played in front of it and sitting in the center was Jimmy, flanked by the mayor and his wife.

“Where are his parents?”

“We don’t make the parents watch. Even ‘monsters’ have some heart.”

Jimmy grinned, his gap tooth on display for the whole town. If there were a happier child, Hilary doubted she ever met him. A Band-Aid on his forehead stood as the only evidence of the crash.

Mr. Smiley stood behind her with his hands on her shoulders. “This is our community. It may be small, may be a bit behind the times, but it’s worth fighting for. It could be your community, too.”

“Why didn’t you just kill me?”

“Two reasons: first, you’re one of us, even if you’ve forgotten it, and second, in order to survive, we need people to teach and nurture our children. Given our deal with the Mountain, finding people to do that is difficult to say the least.”

“Teach and nurture the ones that survive, you mean.”

“Yes. The ones who survive.”

The captain of the cheerleading squad kissed Jimmy on the cheek. He made a face and wiped off the area, making everyone laugh.

She shuddered. “You’ll feed me to the Mountain?”

“No, the Mountain chooses for itself. It doesn’t seem interested in adults.”

A group of boys from the football team hoisted Jimmy up on a chair. He cheered and waved and laughed.

“Are you talking about you or the boy?”

Jimmy stopped cheering. He stared at the mouth of the mine, his own mouth hanging open. He shook his head. He pointed toward the mine and cried. The band played louder. Jimmy tried to jump from the chair, but the other boys held him down, their watches glinting under the sodium yellow lights.

Hilary stood at the board, diagramming a sentence. Twenty-seven watches ticked, the heartbeat running underneath the normal sounds of chatter, paper shuffles, and chair creaks. 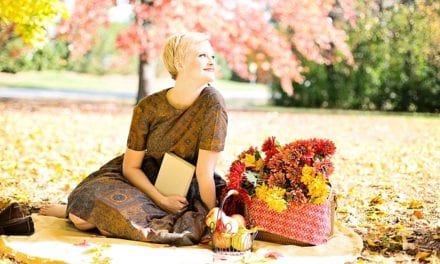 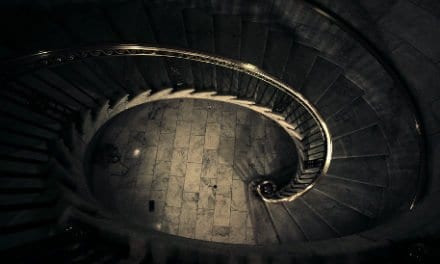 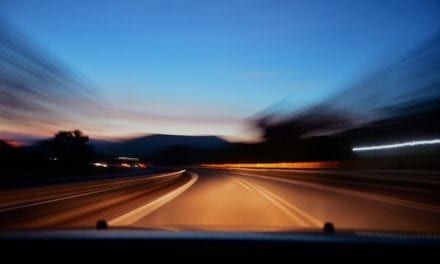 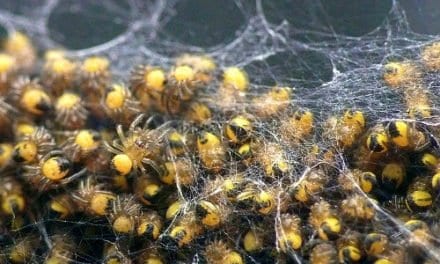